If you ask my parents, or their checking accounts, they will tell you that my two very average legs are each worth about as much as gold.

I was a soccer player most of my life.

My parents poured so much money into this passion: clubs, camps, cleats, tournaments, and miles and miles of gas burned in hopes for a scholarship. My weekends were full of pre-wrap and icy hot. My weekdays consisted of two practices with only a little snack in between.

But I loved it, I was good at it, and after a while it began to define me.

I come from a sports loving town, and let me tell you, there are few things better than being a part of the student body section that every other school loathes. My school was good at sports, and we valued our athletic achievements almost as much as our academics.

By junior year people knew me as Alycia – the soccer captain. And that’s even who I became to myself.

My identity crisis began that spring. In the midst of putting together a recruitment video at the request of coaches. I came to the most irrational, unpredictable, and beneficial realization of my life.

I think it’s normal to want to be defined. Even the people who claim that they, “hate being defined and boxed,” identify themselves as “the people who will never be defined or boxed.” I sought so desperately to find a title, a place. I tried to get involved with anything that would take me. I spread myself incredibly thin, and while I gained a lot of pieces, a lot of knowledge about my skills, a lot of little hobbies I might enjoy, I could never really find myself, my identity. It was exhausting.

The thing is, my identity was never meant to be “the soccer captain” or even “the soccer player” for that matter. That was just a thing I did. A game I enjoyed. A team full of girls I adored. But it was not how I was ever supposed to identify myself.

Expanding into today, I was never supposed to be “the blogger,” “The reader,” “The ideal Christian college student.”

I played soccer, I like to write, I read a lot, I’m not terrible at the Christian college thing, but my identity is: me. I am me, perfectly flawed, and wonderfully made in the image of my Lord, and that’s awesome. That doesn’t go away with a torn ACL or writer’s block. It is constant, unwavering, and me. 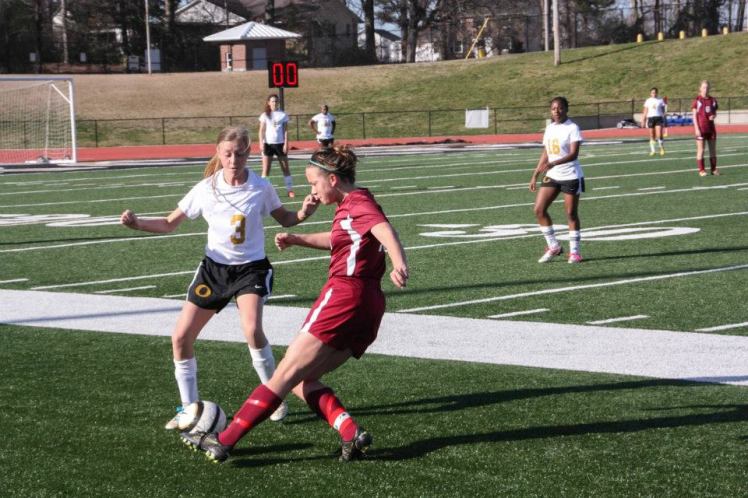 My legacy as Hartselle Women’s Soccer captain, River City Raptors Soccer Club Player, Morgan County Tournament all-team, District runner-up is now about as thin as it will ever be. The programs are changing, the people who knew the player I once was are leaving, and my legs are thinning out– HALLELUJAH!

Somehow, my freshman babies, the last class to ever play with me, just finished their last game of their last season and, quite frankly, I will be forgotten along with all of the awards and recognitions I once placed all my pride in.

But I’m not a soccer player anymore, and to be honest, if you know me now, and you know my lack of aggression and competition, my adamant avoidance of team projects, and my utter discomfort in tall socks, so you might even be surprised I ever was one.

Life has changed me, because chapters change, and only the foundation of me, the groundwork laid at the beginning of my life remains through it all.

I haven’t strapped shin guards on in three years, and that’s okay.

We all watch the movies, and get involved in clubs, and we always expect for our purpose to arrive through these mediums. But these aren’t our identities. They influence, but they don’t define us, and for the first time in my life I’m so excited to be defined by nothing but myself, by his plan for me.

I’m me, just Alycia, and I’m his, and there is so much value in that.

One thought on “Identity Crisis”