I don’t consider myself to be a feminist. I also wouldn’t classify myself as an anti-feminist or a traditionalist. I’m kind of caught in this dilemma, because while I agree that women should have equal rights, I’ve never been in a place where I haven’t. I’ve just worked hard, and in result I’ve reaped rewards. Have I missed out on opportunities I want? Yeah, you should see my collection of rejection slips, but I would never attribute any of those to my gender.

I grew up down the street from two guys, Will and Eric, who quickly became my best friends. I very quickly began to enjoy a lot of stereotypical ‘boy’ games. I spent my birthday money on airsoft guns. I made my own fishing poles. And I was a regular champion at backyard football—yeah the tackle kind. 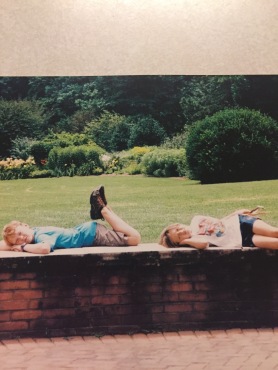 The guys knew I was a girl—the dang ponytail gave it away —they respected that, but I also proved to them that I knew how to hold my own. They weren’t afraid to tackle me in football, and if they caught me in the corner, they weren’t afraid to shoot me with the super powered airsoft machine guns if I didn’t surrender. I was their equal, meaning , not just that I got equal opportunities in our friend group, but also that their rules applied to me. I didn’t get special privileges because of my a-cup breasts, and in result, I also never felt any sex-related oppression.

I think we look at gender roles in a distorted way. I wasn’t and am not a guy, that’s not why the guys hung out with me. I was more to them than just ‘one of the guys.’ I have female emotions, trust me, I have female pains once a month, and I PROMISE you I have female desires.

The guys embraced my femininity – even on the days that I acted like a diva and declared “I’m going home” because I didn’t get my way. It wasn’t all boy games, and it wasn’t all girl games. Even as kids we were able to collaborate. My Barbies and Will’s GI Joe’s have been living a long happy life of matrimony for years now, even despite the vicious wars due to the authorship of our wild imaginations.

Through our entire friendship, they kept me as an equal, not because I cried oppression, but because my actions, my abilities, and my contribution to the friendship earned me the respect of an equal. The guys accepted me day after day not only as a female but as a very complementary part of their friend group.

Why does that seem cute when kids do it, but we have to add stigma to it for adults?

I wasn’t always great at the mugglefied quidditch game Will created , but I could create some crazy scenarios for our stranded on an island games. Will wasn’t always so great when it came to talking about my feelings, but he could create a bonfire that would rival any angry mobs’.

‘STERIOTYPICAL,’ you’re crying right now. But no, that just happened to be us. We were stereotypical kids, had a few stereotypical skills, but we collaborated and made some awesome summer memories.

That’s the point I’m making. We’re made different. Not just men and women, but humans. This should be celebrated. By crying oppression every time you feel a stereotype placed on you, you’re only creating a new and worse stereotype. 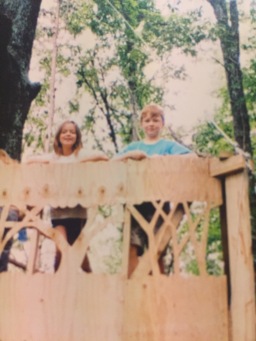 Just prove it. It worked for an awkward seven-year-old girl, and if you’re willing to work hard enough it’ll work for you. Prove why you’re awesome. Prove how well you can shoot an airsoft gun at a squirrel. Prove that you’re a female, and you can still talk sports just as well as the locker-room bumkins. Stop crying oppression, and prove that you belong in the man’s world you want to fit in to so badly, and men, you do the same for our world of womenhood. Welcome.

Stereotypes remain because people complain about them to obnoxious extents, and then never put themselves somewhere prove anything against them. They remain because YOU –person who is cursing me, my parents, and my future child right now for offending you– won’t put in the work to prove them wrong.

It’s going to be hard. It’s going to be uncomfortable. But that’ll eventually pay off a lot more than the discomfort plagued to everyone around you due to your action-less complaints of oppression. Stop talking, stop whining, stop blowing up social media, and prove yourself.

Disclaimer: these examples in no way express the opinions of Will and Eric on the subject. They are very entitled to their own opinion. They are only guilty of being good friends!