What if some words were illegal? How would that impact communication? I’m not just talking politically incorrect, I mean actually illegal. Welcome to the fictional island of Nollop, a small community of people who worship a man, Nevin Nollop, who created the sentence that miraculously includes every single letter of the alphabet: “The quick brown fox jumps over the lazy dog.” The community was living in harmony, until one day the statue of Nevin, which included this sacred sentence, began to lose its letters. The town council sees this as a sign from Nevin to eliminate the letters from their entire vocabulary as they disappear from the statue.

The book is written in a unique format as letters sent back and forth between members of the community during this change of language. The notes get shorter and less detailed as more letters fall from the statue, until eventually efficient communication becomes a lost trade.

Ella Minnow Pea is a short and impactful read that I would recommend become part of anyone’s mental library. It is a small investment that will often have you laughing, but as life goes on after the book is finished, I’m sure you will find, as I often do, that this book becomes a deeper part of you, as day to day life will often bring you back to the struggle of one girl’s fight for the freedom of expression in a world dictating what she is and isn’t allowed to say. 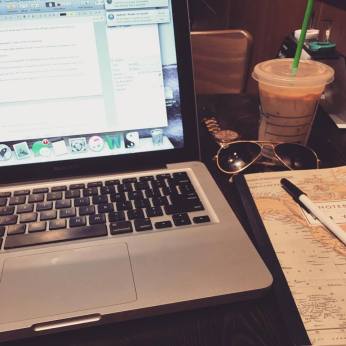 As a lover and researcher of this craft I have come to really understand this. They have the power to define you, define others, and define values.

Is this right? Do I have any right to judge everything about you by the things you post on social media? No, probably not, but this is the world we live in, a world of extremely public forms of communication and opinion, and in case you have not grasped it yet: Words. Have. Power.

People are terrified to speak in this day and age, and to me, it’s beginning to resemble this goofy little book I read. Words aren’t illegal, but the punishment for saying the wrong thing can be absolutely horrifying: attacks, threats, complete demeaning of character. There are few efficient and respectful conversations, not because people are close-minded, but because they’re afraid. People are afraid to ask questions because no one knows what will be the wrong ones.

We will never learn to understand each other if fear of offense is a constant barrier in conversation. If you are always determined to be offended, to be a victim, then you’ll miss out on the inspiration of great heroes.

These are your words, your power. The ability to speak, write, read, relate, communicate, is a beautiful gift, and many in other countries are deprived of it. We are not, so we should not live as though we are.

Don’t abuse it, but never avoid it.