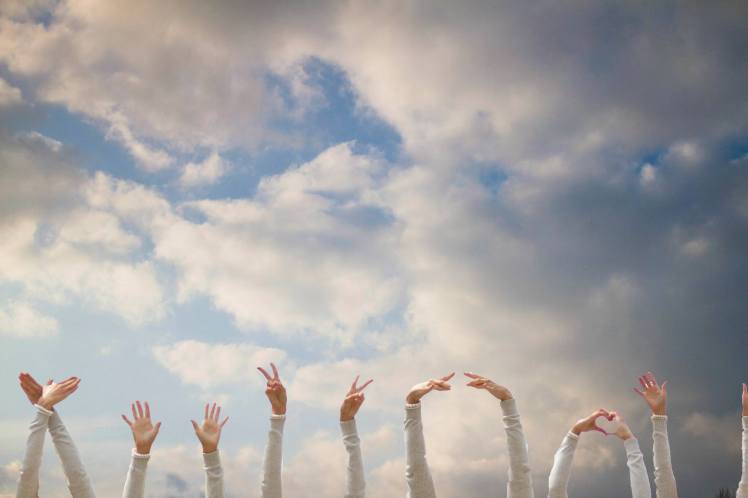 This morning was kind. Now don’t me wrong, it wasn’t easy. I still woke up with the same anxiety, the same deep pit in my gut that I now know all too well. I still woke up an hour earlier than I anticipated, and I still laid awake listening to my mind screaming at me. I still felt the dread attached to leaving dreams for a reality that hurts. I still felt a cruel hand crushing my soul.

But this morning was kind to me.

I left my apartment and was immediately greeted by the chill of a cold, but comparatively mild, Indiana winter morning. It has become like an acquaintance to me, and though some days I curse it, this morning I smiled at it, because it wasn’t bitter, just a tad chilly, maybe even a little refreshing.

I made my way to the student union to buy some coffee because it seems that in my time away I have forgotten the perfect blend to make a drinkable french pressed roast. Today that was not an inconvenience, but a blessing. The union was empty and quiet except for the soft Christian music flowing from the speakers of the coffee shop.

The atmosphere was kind.

A girl my age, whom I’ve seen around but know nothing about, not even her name, took my order, and poured my coffee. As she handed it to me she said, “Here you go, my dear.” Usually this might annoy me, but today it touched me.

Today it was kind. She was kind.

So I came to the library with every intention of working on my senior capstone, my very last undergraduate assignment after all these years, but instead I began writing this. I decided to write this because this morning was kind, kinder than yesterday, yesterday was hard, yesterday felt cruel, and I realized that I haven’t noticed the kindness of a new morning in a long time.

“Tomorrow will be kinder.” At times this seems like the only thing I can think to say both to myself and to the man I love in this trial we have entered in together. I can’t tell him that he’s okay, and I can’t tell him that I’m okay. There are times that I can’t even tell myself that life is okay.

But one day, months ago, he looked at me in pain, his eyes pleading for me to say something, do something, and so I did. I looked at him, forced my stone face to contort into a sad smile, and I said,“tomorrow will be kinder.”

I’m not sure where it came from. I’m not sure why my deep subconscious dug it out of my memory instead of any of the quotes or philosophies from books that I have poured into my soul relentlessly ever since my youth. Instead, in my digging, my mind found these four words from a song, or movie, or Lord knows what.

Tomorrow will be kinder.

Life is either easy or hard, either kind or cruel. We would rather never think to consider a hard chapter of life kind, or an easy chapter cruel. It just doesn’t seem to fit. And so I was convinced life was cruel because life was currently hard, and when I know that the next day will be hard, I am convinced that life will be cruel to me again. I become convinced that I am in a cruel cycle of a cruel life that I can only hunker down and endure for the remainder of this seemingly endless chapter.

But today I woke up and life was both hard and kind, and I realized that the two adjectives can actually coexist, survive well even, when attached to the same noun. And that is my life right now. Hard, but kind.

I know I am in the midst of a trial. I know tomorrow will be hard, possibly harder than today, and today may end up being harder than yesterday. I can see the peaks of my struggle on a calendar, a pinpointed list of dates when my stomach will hurt, my eyes will feel perpetually heavy, my body will be exhausted, and my mind will be way too loud.

I can see ahead enough to know that I have many more days of struggle in the next few months. And though they are not yet in my view, I am sure that I’ll have other chapters of hardships down the road. I can tell you right now as I write this that tomorrow will be a hard one. But that doesn’t mean it won’t be kind.

4 thoughts on “Tomorrow Will Be Kinder”